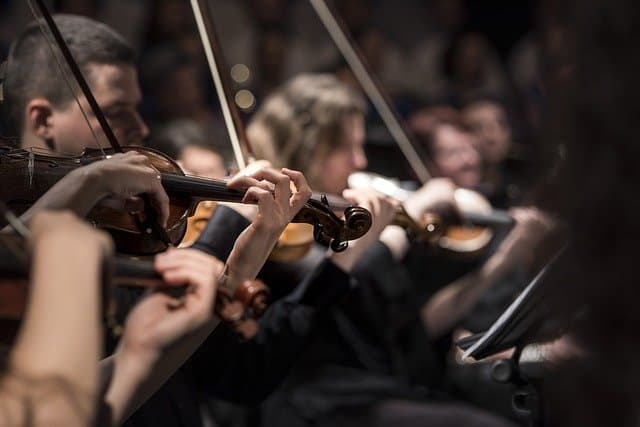 *Photo: Stick to the music for Last Night of the Proms

Boris Johnson thinks we should stop “our cringing embarrassment about our history,” and allow the full vocals of ‘Rule, Britannia!’ to go ahead on the Last Night of the Proms.

The BBC say they are only playing the instrumental version because of Covid 19 factors and the lyrics referencing slavery will be back next year. Predictably, a great many people – many of whom no doubt voted for Brexit – have become aerated about the whole issue.

I have quite strong feelings about freedom of speech, the speed with which we find we “can’t say that any more” and the danger that becoming over-exercised by semantics, can seriously detract from proper action on and understanding of, wider issues. I tend to take the author Lionel Shriver’s view that “people who speak hatefully hang themselves” and that we should let them do just that, unless those people are inciting violence or indulging in serious personal abuse.

But still, I was somewhat startled to hear Norman Lebrecht, commentator on classical music, tell Radio 4’s Today programme on Monday, that the word ‘slaves’ was “innocuous” and only there because it rhymed with ‘waves’. “Find a better word to rhyme and we can put it in,” he declared cheerily. If this is so, let us immediately and forthwith replace the offending line with something more up-to-date. Britain never, never, never shall go round Dave’s?  Put on raves? Forget she shaves?

In this instance, we really do not need to perform a rousing chorus of that particular song. Because being a part of the slave trade IS cringeworthy. And those words were written nearly three hundred years ago and – thank God – we know better now.

Kani Wasfi, the founder and CEO of both Pimlico and Grange Park opera, was interviewed with Mr Lebrecht. She suggested ‘Rule, Britannia!’ should be replaced altogether at the proms by either ‘I Vow To Thee My Country’ – which is rather lovely – or The Beatles’ ‘All You Need Is Love’ which would tick the sing-along box.

But I feel there is some middle ground we could tread here. For those whose idea of a great night out is a chance to wear their Union Jack boxers and flaunt emblems of jingoism, the answer is obvious for every year from now on. Wave your flags if you have to, and then hum the tune instead.

AFTER MONTHS of Stay at Home, Stay Safe, Stay Alert… the Government is now urging us to go back to work. “There is a limit, just in human terms” to working remotely, Grant Shapps, the transport secretary, has declared, speaking to the BBC from his own home in Hertfordshire.

I had already re-acquainted myself with my workplace – up the stairs, first door on the right – after 18 weeks of channelling my inner Alan Titchmarsh and baking Nigella’s carrot cake left me with just over a month in which to write half a novel. But my son has continued to operate chez-nous.

“If you think about somebody who’s maybe at the younger end of the workforce …. literally spending their days on Zoom from a corner of their bedroom, you can see why for a lot of people’s mental health it is important to be able to return to a safe workplace,” Mr Shapps continues.

And in some cases, the mental health of their mothers too!

If the Zooms were indeed taking place in the corner of a bedroom that would be one thing. But when they spread over an entire dining room in a mass of computer cables, folders, keyboards, paperwork and empty beer cans (“well, it is Friday”) so you can’t enter without tripping over an extension lead across a floor that hasn’t seen the light of day (or the hoover) since mid-March, one’s equilibrium could also benefit from a safe space.

From Monday, I am pleased to announce, this will all change. The office paraphernalia has been dismantled and coffee cups marshalled, while chairs and floorboards have re-emerged.

Rishi Sunak has appealed for workers to return, to help revive the economy.

I’m just glad to have my table back.

If you’d like to know when the next blog post appears, just enter your email address below: